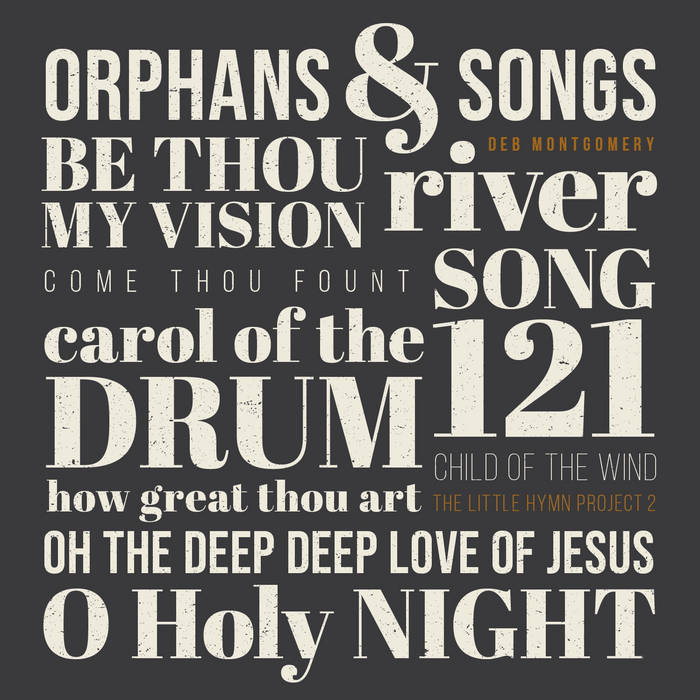 Produced by John Abbey in Chicago, I am very excited to release The Little Hymn Project 2 during Advent Season in 2020. What a trying year this has been and continues to be. My hope was to bring my own little light to shine in the darkness. People are describing this album, not unlike The Little Hymn Project 1 as a lullaby ... I hope you will find it to be just that for your heart and mind whatever you may be going through and whatever you believe or don't believe. Peace and grace in this season and time in the world.

With the intentionally primal sounds of heavy drums and fattened bass sounds, This edgy and energized EP, Montgomery brings her rock roots to the forefront and continues to explore the depths of grace needed to move through life’s vulnerabilities and losses. The beauty of arranged strings sprinkled throughout the album brings the paradoxical lightness that can sound like grace in the midst. ... more

Bandcamp Daily  your guide to the world of Bandcamp

Featuring appearances from Kari Faux, Bluestaeb and and interview with NY-bred artist Wiki